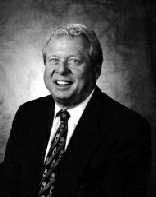 The original founder of our firm, Zane Daniel was recognized as one of the finest trial attorneys East Tennessee has ever produced. Zane’s unique smile and warm personality made him a popular among not only his clients, but the local bar and judiciary as well.

Zane was born in Grainger County, Tennessee and attended Rutledge High School. He graduated from High Point College in High Point, North Carolina and received his legal degree from the University of Tennessee in 1964

He was licensed to practice law in 1965, and became a member of the Knox County Attorney General’s staff where he was designated chief prosecutor handling murder, rape, and other major felonies. After several years as a prosecutor, he left to open his own private practice.

After entering private practice, Zane spent over 30 years handling a wide range of criminal and civil cases. Over the years his successes in the courtroom, and his easy demeanor earned him the highest admiration of all he came in contact with.

Zane was one of the original founders of the Tennessee Association of Criminal Defense Lawyers (TACDL), and was a member since its inception. He was also a founding member of the Tennessee Trail Lawyers Association (TTLA) and lectured for both at various seminars on the topics of trial tactics.

In 2006 Zane lost a gallant battle with leukemia and his passing left a large void in the East Tennessee Judicial System. A true “legal giant’ he will always be remembered as a brilliant lawyer and true gentleman.